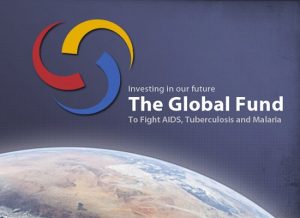 The new GF project goal, in line with the National Malaria Strategic Plan, is to scale up malaria prevention and treatment interventions to universal coverage—in other words, the entire population at risk of malaria in all 36 states and the Federal Capital Territory of Nigeria.

SFH signed the GF Malaria Round 8, Phase 2 grant with the Global Fund and co-Principal Recipient, NMCP on August 24th, 2012. The second phase of the grant will build on Phase one’s processes and achievements. As with Phase 1, the grant’s objectives link inextricably to the focus of the National Malaria Strategic Plan to scale up universal coverage of malaria treatment and prevention to all populations at risk.  In Phase 1, SFH engaged private Clinics, Pharmacies Patent medicine stores as service delivery points for the delivery of highly subsidized anti-malarials (Artemisinin Combination Therapies, ACTs) and other program commodities to end-users.  SFH will continue to work through its grant sub-recipients to deliver commodities to the health facilities.

Currently sub recipients include – Planned Parenthood Federation of Nigeria (PPFN), Africare, Errand Express and ACOMIN. Four contractors will be taken on in 2013 to coordinate social mobilisation activities in 4 zones of the country.

Two key differences in the Phase 2 grant will be the routine delivery of LLINs and the scale up of malaria RDT coverage.  The Global Fund Round 8 program has, up till now, only contributed to the delivery of LLINs to populations through mass campaigns that began in 2009. This was known as the ‘Catch-up Phase’ because LLIN ownership and use rates were much lower than the year 2010 targets of 100% coverage and 80% net use. In Phase 2, SFH will commence the routine delivery of LLINs through ante-natal clinics. Expected to be available to pregnant women at a greatly subsidised rate, these routine LLINs will target new entrants into communities. They will also target people who need to replace the nets that they received during the mass campaigns—this is the ‘Keep-up Phase’.

In Phase 1, Malaria rapid diagnostic tests (RDTs) were delivered to private clinics in 6 states only. In Phase 2, health service providers in the 31 remaining states will be trained to diagnose malaria using RDTs, after which the deployment of RDTs through these private clinics in these states will begin.  With the expansion of malaria treatment coverage to include persons above five years, the Round 8 project, in line with the current national treatment policy, is implementing diagnosis using RDTs to encourage the rational use of malaria medicines and delay resistance to ACTs.  To further enable malaria diagnosis and contribute to strengthening the health systems, the GF Round 8 grant is supporting the delivery of microscopes to secondary health facilities in each LGA of Southern Nigeria.

Health service providers across the country will be trained on malaria case management and members of Civil Service Organizations (CSOs) will be trained to communicate malaria prevention and treatment messages, as well as create demand for program commodities.
Behaviour Change Communication (BCC)

The essential actions needed to reach the intended audiences include mass media campaigns, health provider training, social mobilisation through Community Based Organisations (CBOs), and advocacy for the use of appropriate antimalaria medicines.

Society for Family Health, through the Global Fund Malaria division, implemented the LLIN distribution campaigns in Niger and Ogun state. The goal was to distribute respectively 1.7million and 1.6million Long Lasting Insecticide-treated Nets (LLIN) to all households in both states.
All communities/settlements, wards and Local Government Areas (LGAs) of the two states were to be covered through stand-alone mass distribution campaigns. The planning process commenced in June 2009, with the final lap culminating in actual net distribution in December, 2009.

The objective of the LLIN campaigns was to contribute to the rapid scale up to universal coverage of the population at risk of malaria in 2010 through 100% coverage and 80% use of LLINs. The strategy to achieve this was to deliver two LLINs to every five persons—the mean size of a household was worked out to be five persons. The mass campaign was implemented in partnership and with support from the Niger and Ogun State Governments. The states’ traditional institutions also provided immense support.

The concept of State Malaria Ambassadors was introduced as a way to create awareness and acceptance of the campaigns among communities. The selected Malaria Ambassadors were to be people of influence, who have led by example in their communities. In Niger, the Etsu-Nupe, Dr Ibrahim Yahaya, CFR, was the natural choice. In Ogun State, it was the Awujale and Paramount Ruler of Ijebu land.
Besides the initial planning at the National level—macro planning—and subsequent procurement of the LLINs, other major pre-campaign activities included the formation of state LLIN campaign coordinating networks and three campaign work streams–Logistics, Demand Creation and Technical. These teams effectively led the LLIN campaign operations in both states.

Advocacies to relevant stakeholders, including the State Governments and traditional leaders were essential to the campaigns succeeding.
Community social mobilisation led by community-based groups served to inform people of the forthcoming campaigns. All personnel to be involved in the campaign activities at state, LGA, ward and distribution point levels received training prior to implementation. Net cards, which were to be exchanged for LLINs at distribution points, were given to household members during house to house mobilisation. Intensive mass media sensitisation accompanied all these activities so that people were prepared for, and accepting of the intervention that was taking place in their communities.
Robust logistics arrangements ensured the on-time delivery of the nets from ports to designated state stores, and finally to distribution points across the states.
Most distribution point teams would commence distribution as early as 6 a.m., and distribution would usually continue till about 3 o’clock in the afternoon.
Distribution points were mostly Primary Health Centres, schools and homes of community heads.

A period of 21 full working days was used for actual campaign execution starting with state level training of trainers (4 days), cascade trainings (4 days), house to house mobilisation (7 days), net redemption (4 days) and end process evaluation (2 days).
The commitment of health workers at LGA levels and below was overwhelming—many people made personal sacrifices in several instances to see that the campaign was implemented as smoothly as possible. The level of integrity, especially of ward supervisors was impressive and very encouraging. Support from traditional and religious also leaders helped to make the distribution process in many distribution points peaceful. The logistics of net movement was the toughest challenge of the entire process—difficult terrain and the peculiarity of fuel crisis during the implementation period added to the challenges.
However, State commitment and support, the ownership and involvement of traditional institutions and communities, well entrenched community mobilisation processes and a robust logistic framework helped to ensure that the LLIN mass distribution campaign worked!

The Global Fund to Fight AIDS, Tuberculosis and Malaria was established in 2002 to finance programmes that work to tackle AIDS, TB and malaria. The vision of the Global Fund is a world free of the burden of these three diseases.  Its mission is to markedly increase resources to tackle these diseases, which are some of the world’s most devastating, and to channel these resources to areas where they are most needed.  The Global Fund operates as a financial instrument, not an implementing entity.  This means that the Global Fund does not set health priorities for a country, but provides the resources for the country to implement its national plans and meet its health goals.  For more information please visit: http://www.theglobalfund.org/en

In 2012, WHO, through the Global Malaria Program, launched the Rapid Access 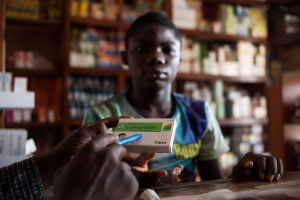