You are what you eat

Most people born in the early 90s and before grew up eating foods that were typically farm produce. Fast foods were regarded as “treats” eaten during celebrations or festivities. During the holidays, seemingly “luxury foods” would be consumed among social classes that could afford them. These foods could range from chocolates to certain pastries, cookies, ice-cream among other processed foods. However, in more recent times, the consumption of high-calorie processed foods has become a more regular part of the average person’s diet. With the increased availability of fast and convenient food delivery services, as well as social media, anyone could order food without physically going to the location, or waiting on long queues. While this could be seen as an advancement in technology, it has contributed to the increasing trend of Non-Communicable Diseases (NCDs) like diabetes, hypertension, cancer etc among younger people compared to the early 90s.

Nutrition transition is the change in dietary patterns and nutrient uptake as a population adopts a modern lifestyle due to urbanization, globalization, social and economic development. This is usually accompanied by a change in disease profile from infectious to chronic degenerative diseases. These transitions are the underlying factors for the onset of NCDs in a population.

NCDs like cancer, chronic respiratory diseases, cardiovascular diseases, diabetes, and musculoskeletal disorders are gradually becoming a major public health problem globally affecting both developed and developing countries, these diseases are termed a “silent epidemic”. According to WHO 2018, In Nigeria, NCDs are estimated to account for 29 percent of all deaths. Among these diseases, cardiovascular diseases are the number 1 cause of death accounting for 17.5 million deaths annually with high blood pressure found to be the leading risk factor for cardiovascular diseases. In developing countries, NCDs such as diabetes which were seen as diseases of “affluence”, are no now considerably affecting people in the lower wealth quintiles. These diseases share common risk factors which are; tobacco use, harmful use of alcohol, unhealthy diet, physical inactivity and air pollution.

According to Popkin 2015, nutrition has evolved from different patterns which are:

NCDs are determinants and often the result of poor socio-economic status, the burden is high on poor households as NCDs generally require long- term treatment. These diseases are responsible for unhealthy aging, increased cost of medical spending putting pressure on the household savings and assets, as well as a government cost. In Nigeria, NCDs treatments are now part of the essential drugs under the Nigeria Health Insurance Scheme.

NCDs and nutrition correlate, just as the popular saying goes “you are what you eat”. The ideal pattern for longevity and productive life is pattern 5 characterised by behavioural change-increased consumption of fruits, vegetables, dietary fibre and increased physical activities. It is also advisable to have a working health insurance, as this will encourage necessary health consultations with qualified health professionals. NCDs in particular should be preventive at best, and the role of good nutrition in its prevention is crucial. However, when an individual has been confirmed with any NCD, proper management of the disease will help the individual live better even with the disease, and as well stop the disease from progressing to disability or death. An appropriate medical nutrition therapy can be effective in putting NCDs under control, and with the right attitude and priority to health insurance for self or family, a good health service delivery in this regard and as a whole will always be within reach. 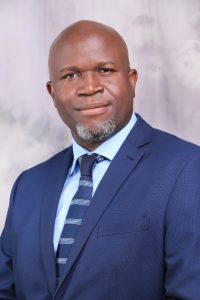 Message from the Managing Director, SFH on COVID-19

Dear All, Following the press release by the Federal Government of Nigeria