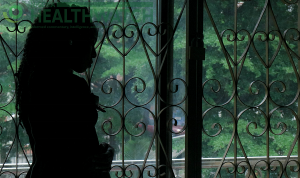 Every single day, Nigeria loses about 145 women of childbearing age, making her the second largest contributor to the maternal mortality rate in the world, according to UNICEF. When this statistic came out earlier this year, it elicited different responses from different people online, and started up a debate among friends, co-workers and total strangers over its veracity. For others, it was just one more piece of data to add to Nigeria’s estimated development numbers game.

For Elnathan Hezekiah, it was a painful memory. Maternal mortality, to him, had a face and a form. On March 26, 2017, it walked into his life and took his wife. She became one of the 145.

In an exclusive with Nigeria Health Watch, Hezekiah said it was his wife’s third pregnancy and “because she was a few days overdue, I drove her to the hospital to be induced.” Between the two, nobody could tell who was more excited at the baby’s coming; Mrs. Hezekiah, at the fact that she was finally going to meet the baby she had carried for nine months, or Mr. Hezekiah because he was getting back his wife –  shape, temperament and all. He had made plans to welcome back the mother and the new baby. “I bought a new washing machine, painted the house bright cheerful colors and did all I could to make sure that it was comfortable for my wife and our new baby,” he said.

Back at the hospital, Mrs. Hezekiah labored and finally gave birth to a 4.6kg baby boy. But tears of joy quickly turned into heightened levels of panic when she did not stop bleeding, suffering from one of the most common complications, postpartum hemorrhage. At 1:28am the next morning, panic turned into sorrow, when she, exhausted from labor and blood loss, died.

The hospital did not give Mr. Hezekiah any reason for his wife’s blood loss.

“The drugs they needed to stop her from losing any more blood were not in stock and so I went out to buy them. But when she died, nobody told me why. After her death, I contemplated taking legal action against the hospital but then I had no way to prove that they had been negligent. I thought of the many people who like me had lost someone and had decided to take the hospital to court. Nothing came of it. Nobody gets punished, no matter what we do so why would we bother? The hospital has the backing of the NMA and I have no one. So, I decided to leave it to God. Besides, nothing I do will bring her back. I can’t describe the emotions I felt at her passing. There’s been so much pain, I can’t measure it. There has also been a lot of disappointment because I hoped that it would not end like this.” ~ Elnathan Hezekiah

Maternal mortality is defined as “the death of a woman while pregnant or within 42 days of termination of pregnancy, irrespective of the duration and site of the pregnancy, from any cause related to or aggravated by the pregnancy or its management but not from accidental or incidental causes”.

According to a 10-year study of all maternal deaths at the Lagos State University Teaching Hospital from January 1, 2005 to December 31, 2014, the five highest causes of death are: severe bleeding, infections, hypertensive disorders in pregnancy (eclampsia), obstructed labor and complications following unsafe abortion.  Severe bleeding was the most common death followed by eclampsia. All of these complications are highly avoidable and preventable.

Nigeria has one of the worst maternal mortality statistics in the world, at 576 deaths per 100,000 live births according to the 2013 Nigeria Demographic and Health Survey. Nigeria is second only to India. In 2015, a joint report by WHO, UNFPA, UNICEF and World Bank surmised that in that year alone 58,000 Nigerian women lost their lives to pregnancy and child related causes. The factors that contribute to this are diverse, ranging from education to culture to religion and lack of access to skilled health workers and necessary drugs. The prevalence also depends on several factors, including living in an urban or rural area, socio-economic status, geo-political zone, for instance in the North-East zone the maternal mortality rate is high (1,549/100,000 live births) in comparison to the South-West zone, where it is lowest (165/100,000 live births). We have numbers and numbers are good because they allow us to see the scope of the problem.

Poor maternal health indicators have been reported in Nigeria since the 1990s. Advocacy and awareness programs have been carried out and many maternal mortality interventions have been implemented to reverse the trend.

On the government front, over the years there have been efforts to address the factors that contribute to high mortality rates. The Midwives Services Scheme (MSS) and the SURE-P MCH program attempted to address the shortage of skilled health workers at Primary Health Centres by deploying both retired and newly graduated midwives to PHCs all over the country, as well as providing training for personnel, incentives for women to complete their antenatal and deliver at a health facility, and a drug revolving fund system. In the current administration, the Executive Director of the National Primary Health Centre Development Agency (NPHCDA), Dr. Faisal Shuaib, last year announced that the Agency had deployed over 1,400 midwives under the MSS Program.

Organisations such as the Wellbeing Foundation Africa, MamaYe Nigeria – E4A, Society for Family Health, and Pathfinder International are carrying out interventions to help address this monumental challenge. Grant-makers such as The Bill and Melinda Gates Foundation and the TY Danjuma Foundation have consistently committed resources towards improving Nigeria’s maternal and child health indices.

In September 2016, the World Bank-supported Saving One Million Lives program gave every state in Nigeria, including the FCT, $1.5million dollars each (N548,250,000) to improve maternal, child and nutrition health services for women and children throughout the country. Also in 2016, the MTN Foundation carried out a Maternal Ward Support Program where it renovated 24 maternal centres in six beneficiary states to complement the national objective of reducing maternal and infant mortality in Nigeria. These are only a few examples of the interventions being carried out, at federal and state levels, to reduce maternal and infant mortality in the country.

These interventions are admirable and extremely critical. However, if Nigeria as a country is to make any progress, we must ask ourselves why we have consistently remained among the nations with the highest maternal mortality rates. Despite the considerable amount of finance that has continuously been thrown at the issue, why does it seem like little or no impact is being made? With the next NDHS report due in 2018, we can only hope that there will be a significant reduction in the maternal mortality rate. And if there isn’t, who is to be held accountable?

We at Nigeria Health Watch are curating stories of infant and maternal mortality in Nigeria, in order to put a human face to this epidemic ravaging our mothers and children… devastating husbands and fathers like Hezekiah, who is now left to raise three children alone. We will share the human face to these statistics under the campaign, #GivingBirthInNigeria.

Join us today by sharing your story with the hashtag #GivingBirthInNigeria. We must make a concerted effort to bring more of our mothers, our sons and daughters… home alive.